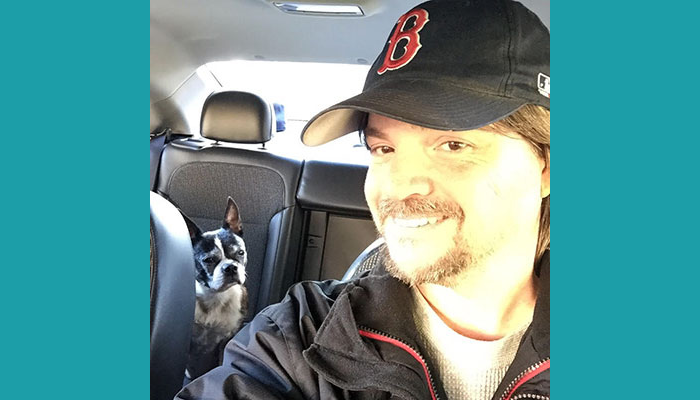 Todd is a veterinary assistant at Kingston Animal Hospital.

I grew up in Somerset, Massachusetts and moved to Plymouth in 1993. At that time, I worked in the insurance industry; I never planned on working with animals. I was a client at Kingston Animal Hospital for several years and, in 2008, I applied to work here temporarily since it’s so close to home. Though I’ve always loved animals, I had no idea that taking care of them would become so important to me or that I’d still be doing this 11 years later.

When our hospital was acquired by VetCor in 2015, the building received extensive renovations that made it look amazing. Outside of receiving necessary renovations and updates, not much has changed and we’ve been able to keep providing care that best fits the needs of our clients and their pets.

My favorite part of this job is getting to meet different kinds of people and pets. I really enjoy establishing a relationship with them. After getting to know some clients who were immobile or had immobile pets, I started making house calls for nail trims. I’ve only been doing it for a couple of months, but it’s already been an extremely rewarding experience. In the beginning, I only serviced existing clients but they started connecting me to their friends and family members, so that group has since expanded.

I’ve been writing short stories since I was in junior high. I still do it when I have time. Sometimes, I get an idea in my head and I just have to write it down. Most of my stories are about animals and the experiences I had growing up. In fact, one of the veterinarians at the hospital read a story I shared on Facebook and asked me if I wanted to start blogging for the website.

When I’m not writing stories, I’m busy making videos of one of my dogs, Jewel, and posting them to her Facebook page. It all started when I used the My Talking Pet app to create a thank you video from Jewel to her doctor. I made and shared a few more videos and her page just kind of took off. She has almost 150 followers at this point.

This past June, my wife, Lisa, and I celebrated our 20 year wedding anniversary. Time flies and somehow, our son, Jaden, is now 18. While I love New England and all of its sports teams, I look forward to someday leaving its harsh winters behind. Lisa and I dream of moving to Las Vegas to enjoy the warmer weather.